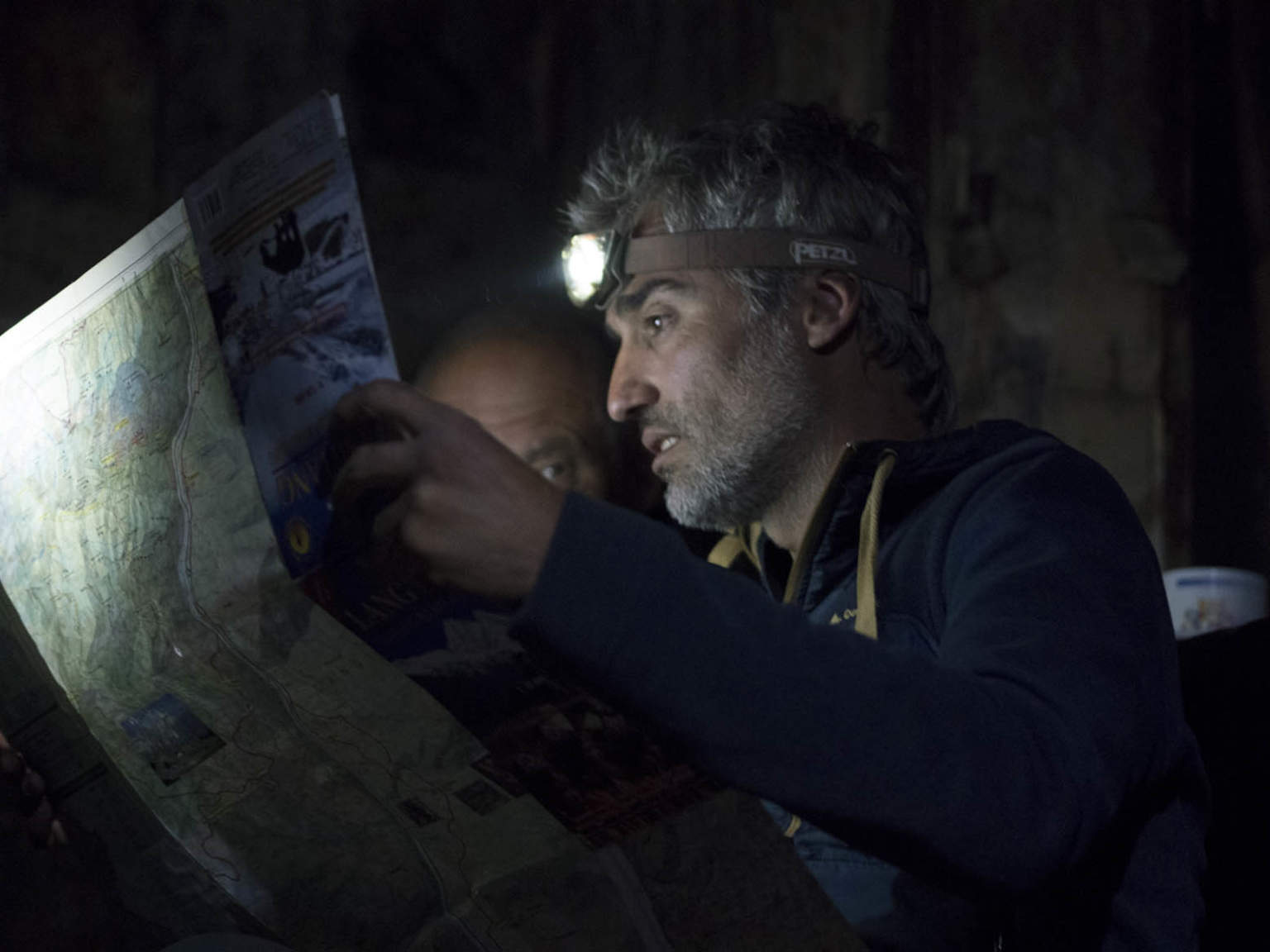 We all have different motivations for undertaking an adventure, and everyone has their own tastes when it comes to travel. But when you get the hang of it and start preparing for your trip, it’s like daydreaming. You start looking at pictures and reading information about the chosen place and the excitement grows inside. The purchase of plane tickets is a turning point, it’s already serious… From here on the days go by imagining the wonderful places and interesting people you are going to meet during the trip, and as the departure day approaches you check more the itinerary to make sure everything is correct, you prepare everything you have to take with you, and little by little you can start feeling some little nerves that are typical just before each trip. It is very common that you start to have last minute doubts, little insecurities or even some fear of the unknown…
You don’t really imagine that anything bad is going to happen, that’s why we always leave the prevention for the end. This is normal, because if you started to organize a trip thinking about everything that could go wrong we would never leave our house.

But even though nothing bad ever happens, you travel more relaxed with an insurance that covers your back.

For any trip in general, it is highly recommended that you take out a travel insurance policy that covers you for any eventuality. From accidents or illnesses, to flight cancellations, loss of luggage or documents, even a last-minute cancellation of your trip due to the death of a family member or to a positive result in COVID.
Some travel insurances even include an adventure sports clause where trekking would come in with a worldwide rescue coverage up to 3.500m. This can be good for many travelers who want to do routes through the Himalayas but do not feel the need to climb so high, or who are sightseeing in Nepal and also want to do a specific route without reaching high altitudes. In these covers usually also enter sports like rafting, paragliding, mountain biking or many other things you can do in Nepal.

If you are going to climb any peak in Nepal is mandatory to have a rescue insurance. But even if you are only going to make a trekking probably at some point you will exceed 4,000m altitude, so it is more than advisable to have a Rescue Insurance height. These insurances cover a possible emergency evacuation by helicopter at high altitudes, in addition to medical expenses and other coverage that is shared with normal travel insurance. They can be contracted for days, months or even annually.

There are 2 ways to assure a rescue in the mountain. Hire a private insurance directly or do it through a mountain federation in your country.

Ideally, if you are a mountain enthusiast, you should have a federation card from the FEDME (Federación Española de Deportes de Alta Montaña y Escalada).
Apart from other advantages, the type D card/license has a worldwide mountain rescue insurance up to 7.000m of altitude. The price of this license is around 150 ? and the duration is one calendar year (it’s cheaper if you take a half year license), although both prices and some specifications may vary according to your autonomous community ( you can see a list here ). If you federate through a club, it’s a bit better value.

In general it is much cheaper than a private insurance, which would cost you even more for only one month of coverage.

The federal insurances are mainly focused on sports activities in the mountains and do not have similar coverage to the usual travel insurances. But they do have some additional advantages, such as special prices in high mountain refuges in Spain and a good part of Europe, discounts in sports equipment stores, access to activities and training in mountain sports,…

Almost all countries have their mountain federations where you will find these insurances specialized in covering high mountain rescue.

Some companies that offer specialized mountain rescue insurance up to 5,500m of altitude. This covers any step of altitude during a trekking in Nepal.

These insurances usually also have similar coverages to a travel insurance, such as medical care, cancellation, civil responsibility, etc. In this aspect they are much more complete than the federal insurance.

For a month it is in the habit of having a cost approximately 170 Euros, but also you can contract it for individual days, while the sports activity in high mountain lasts. There is also the possibility of taking out an annual insurance if you are going to travel several times during the year.

If you already have a travel insurance, it can be a good option to complete it with a rescue insurance only for the days that you exceed 3.500m of altitude, but you have to be very sure to be able to fulfill the foreseen itinerary without delays or last minute changes.

In any case, it can be a good option for those who do not usually go to the mountain and are not going to take advantage of a federal license during the rest of the year.

It is not compulsory to have an insurance to do trekking in Nepal, unless you are going to climb some summit.

I have also been a backpacker and have traveled many times without insurance, and nothing has ever really happened to me. Trekking trails in Nepal are usually very safe as you are walking on paths that are normally used by local people. But you are in the Himalayas and there are sections where you will have to cross through passes and hills that exceed 5,000m in altitude. At these altitudes any serious incident that requires evacuation requires the intervention of a helicopter, and it can be very expensive if you don’t have insurance (about 2,000 euros per flight hour + private hospital).

I once saw a porter injure his knee when he slipped on the ice climbing the Cho La pass (5,330m), on the Everest route. As it often happens, he had no insurance and his companions improvised a stretcher with several backpacks, tried to immobilize his leg and carried him down on his shoulders through a very difficult area. It was painful to see him scream at every step and the tourists who went with them could only give him a couple of gelocatiles to try to calm his pain. I don’t even want to think about the suffering of this person during the way down… Even if they could get him on a mule further down, the way back to Kathmandu was going to be painful, plus that knee would need an operation and that man certainly couldn’t afford it… It is important to make sure that the porters and guides who accompany you also have their insurance.

On another occasion I was going with a friend on the route to the Annapurna Sanctuary. The good weather accompanied us during the whole route and we did not have any problem, but just arriving at the base camp the snow fell from a nearby wall and there was a rather big avalanche that ended up right at our feet. We were very frightened, especially by the people who were climbing behind us, but luckily there were no injuries. The truth is that it gave us something to think about that night in the shelter…

I have also seen evacuations due to altitude sickness. If you are prudent and respect the times of acclimatization you shouldn’t have problems with altitude, and if at some point you feel bad you can stop or even descend a little until you feel better. But I have met many times people who come with the right time and their only goal is to climb to the Everest base camp. They start walking from Lukla (2.900m) and plant in one day in Namcha Bazar at 3.440m. Afterwards they continue to climb with discomfort and later start with vomiting and general malaise and need evacuation because they no longer have the strength to descend on their own feet…

I also met an older woman who never went for a walk or did any sport, and who for personal reasons wanted to climb Langtang anyway… Despite our advice, she paid for a helicopter to take her up, and that same day she was so sick that she needed an emergency evacuation. She really could have died there…
We have to be realistic and aware of our own physical form, and above all think that in Nepal there are an infinite number of incredibly beautiful routes that can be done in shorter times and without having to climb to great heights.

Apart from all the above there are situations that exceed any forecast. After the earthquake of 2015 I realized that anything can happen, and in those moments you are infinitely happy to have an insurance that takes you out of a life or death situation.

But it is not necessary that something so serious happens for an insurance to be useful. You may need medical attention due to an accident on the bus, or food poisoning, even a simple toothache can be a nuisance.

I remember one occasion where a couple was going to accompany us on our trip to Nepal. Just a week before the flight the woman’s mother died and they had to cancel the trip at the last minute. She told me later how tedious it was to recover some of the money from the flight, despite being able to demonstrate perfectly what had happened. 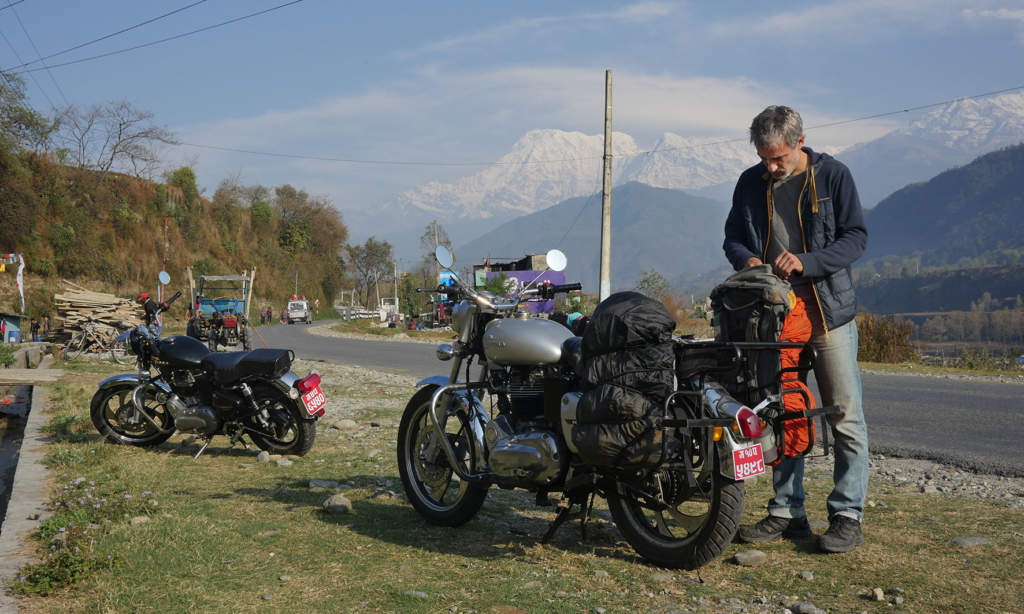 You should also take out insurance if you are going to do a motorcycle route, since anything that happens you will have to pay for it on the spot. In Nepal they do not have insurance, not even that of damage to third parties …

When I started to travel with my mother, my wife or my daughter I have always hired a travel insurance. I think it is essential if you are going to travel with children or older people. The last time Tshering (my daughter was 2 years old) got sick and started vomiting and diarrhoea… We took her to a hospital recommended by the insurance and it was perfect. We could have waited and given her some medicine to stop the diarrhea, but it left us much more relaxed to have a doctor look at her and analyze her poop and see that she didn’t have any parasites or anything strange…

To conclude I just want to express that everyone knows each other and knows the experience they have in the mountains or traveling around the world…, so hiring an insurance is something that each person should decide by evaluating their own circumstances.

Have a good trip! 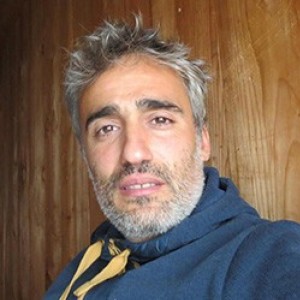